Urbino, a city with a thousand-year history where you can breathe the Renaissance and the future of generations, thanks to its dynamic university.
Home of artists, scientists, mathematicians and men of letters, a place admirably described in the book “Il Cortegiano” by Baldassare Castiglione.
This is the city of Raphael, with its historic center, a UNESCO World Heritage Site since 1998, the only site in the Marche region.

From breakfast to sunset here are some things to see and do in Urbino.

Urbino can be reached by car or bus from the Pesaro station. This city appears among the gentle hills of Montefeltro, after having traveled the winding roads that rise and fall among the green of the Marche countryside.

Urbino is a four-handed work of art painted by man and nature, it is a magical place that witnesses the passage between the Middle Ages and the Renaissance. 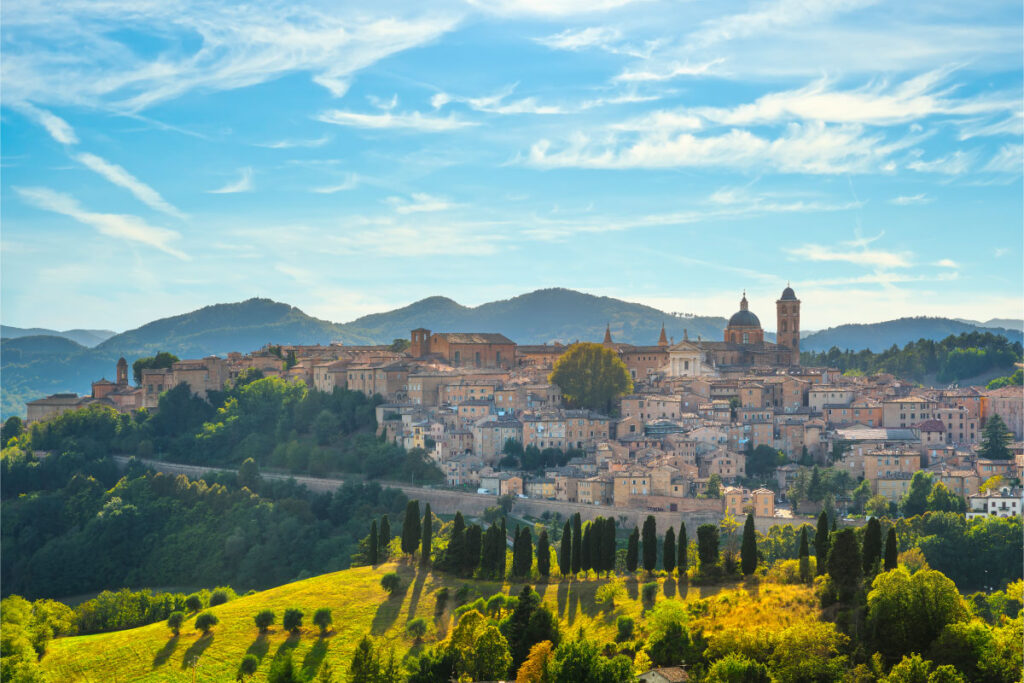 Our tour full of art takes shape from the city center, our eyes are ready to welcome the beauty!
The magnificent Palazzo Ducale opens up before us, one of the most interesting architectural and artistic examples of the entire Italian Renaissance.

“Palace in the form of a city” Baldassarre Castiglione defined it, impressed by the palace where Federico da Montefeltro lived. The building, characterized by its façade with its small towers, is home to the National Gallery of the Marche, which houses one of the most beautiful and important art collections of the Italian Renaissance.

There are splendid works by artists such as Raphael, Piero della Francesca, Paolo Uccello, Tiziano and Melozzo da Forlì. Among the rooms of the palace, there is a wonderful and private place, where Federico used to spend time: the duke’s study which houses valuable stuccoes on the vault and is covered in the lower band with woods inlaid by Baccio Pontelli based on designs by Sandro Botticelli, Francesco di Giorgio Martini and Donato Bramante.

We advise you to stop for a few minutes to observe the craftsmanship of the wood inlays, you will literally be amazed! 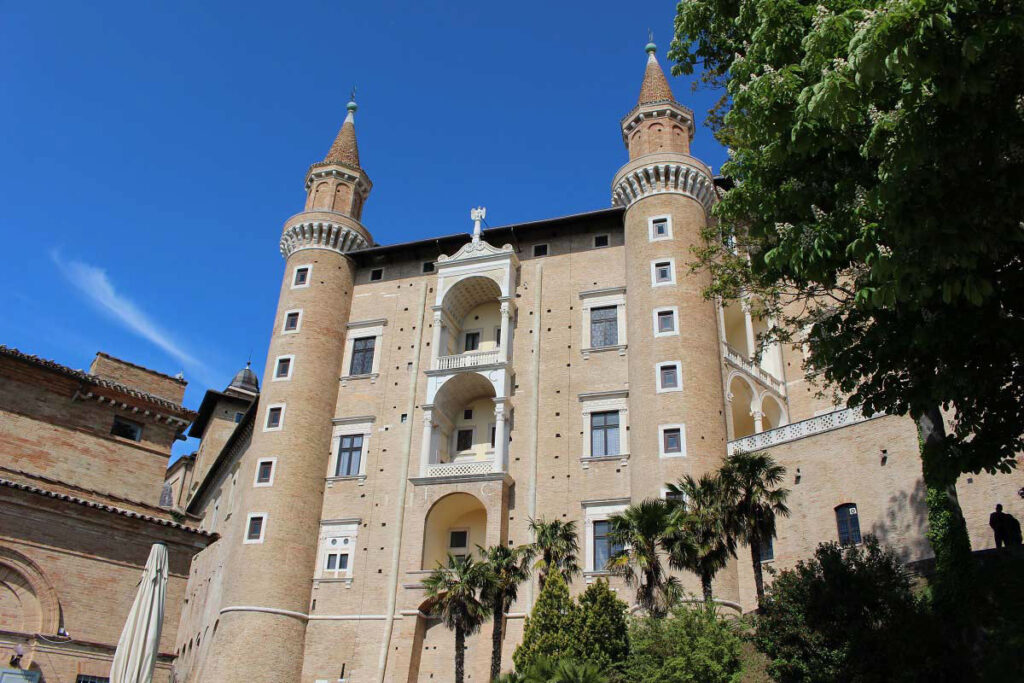 Once you exit the Doge’s Palace, a few steps away you will find yourself in front of the imposing Duomo. In the years 1474-1488, the Romanesque-Gothic Cathedral was rebuilt from the foundations, based on a design by the Sienese Francesco di Giorgio Martini (1439-1501), according to simple and elegant Renaissance modules, but completed only between 1604 and 1607, with the octagonal dome designed by Muzio Oddi from Urbino (1539-1639) expecting Martin’s project.

The Cathedral has a three-nave plan with a sober neoclassical decoration of pilasters and capitals, marked by the altars of the side aisles that preserve paintings of great historical and artistic value, such as the Martyrdom of St. Sebastian (1535-1612) and the St. Cecilia by Federico Barocci, after Raphael.

Attached to the Dumo is the Albani Diocesan Museum, so named in memory of the patronage of the noble family of Pope Clement XI Albani (1700-1721) who contributed to increasing the “treasure of the cathedral”. This museum houses the most varied ecclesiastical furnishings, from the thirteenth century to the present day: thirteenth-fifteenth-century illuminated manuscripts, chalices and reliquaries, liturgical vestments woven with precious metals.

In the exhibition, divided into three rooms, there are also numerous detached frescoes that tell the spread of the International Gothic. There are also works by great schools such as that of Giovanni Santi, Mannerism and great artists such as Federico Barocci and Federico Zuccari. Finally, the Oratory of the Grotto, an integral part of the Albani Diocesan Museum, which houses part of the collection. 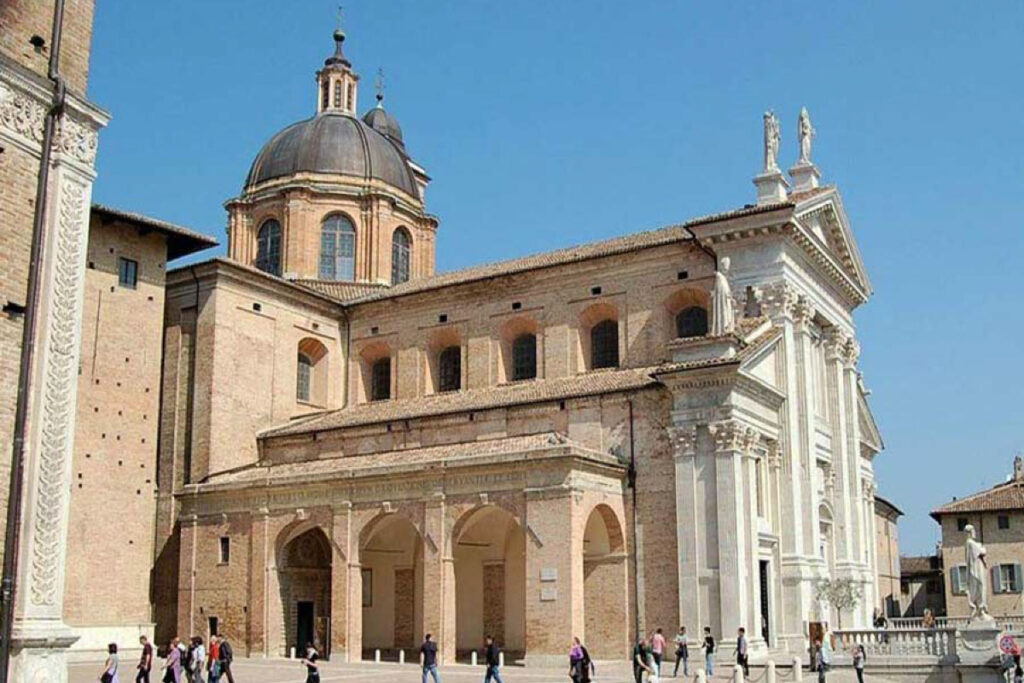 After visiting two symbolic places of the city you will surely be hungry, it’s time to make a delicious stop! We advise you to taste in the characteristic shops of the center, the Crescia, a kind of piadina that goes with Salame di Montefeltro, Prosciutto di Carpegna, Pecorino di fossa and above all with Casciotta, a pecorino D.O.P. A goodness that will make you lick your mustache and will give you energy to continue exploring Urbino! 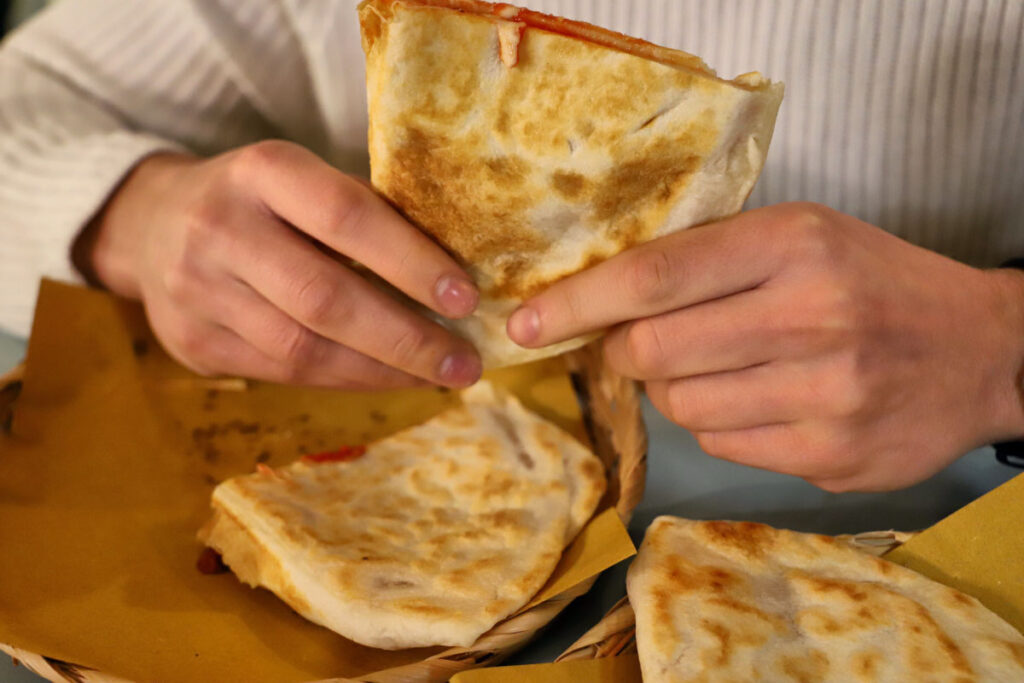 From the main streets we move through the alleys of the city to visit the Oratory of San Giovanni, where you can admire an impressive cycle of frescoes, made between 1415 and 1416, by the brothers Lorenzo and Jacopo Salimbeni from San Severino Marche. Entering this sacred place, one is struck by the scenic power of the frescoes and the fulcrum of the work: the crucifixion that covers the wall of the apse.

Colors, bodies and faces steeped in suffering transport us to an atmosphere of other times, telling us the story with a unique pathos! Alongside these scenes, the frescoes in the oratory describe the life of St. John the Baptist and the Madonna of Humility, you are faced with an absolute masterpiece, a milestone in the history of Italian art! 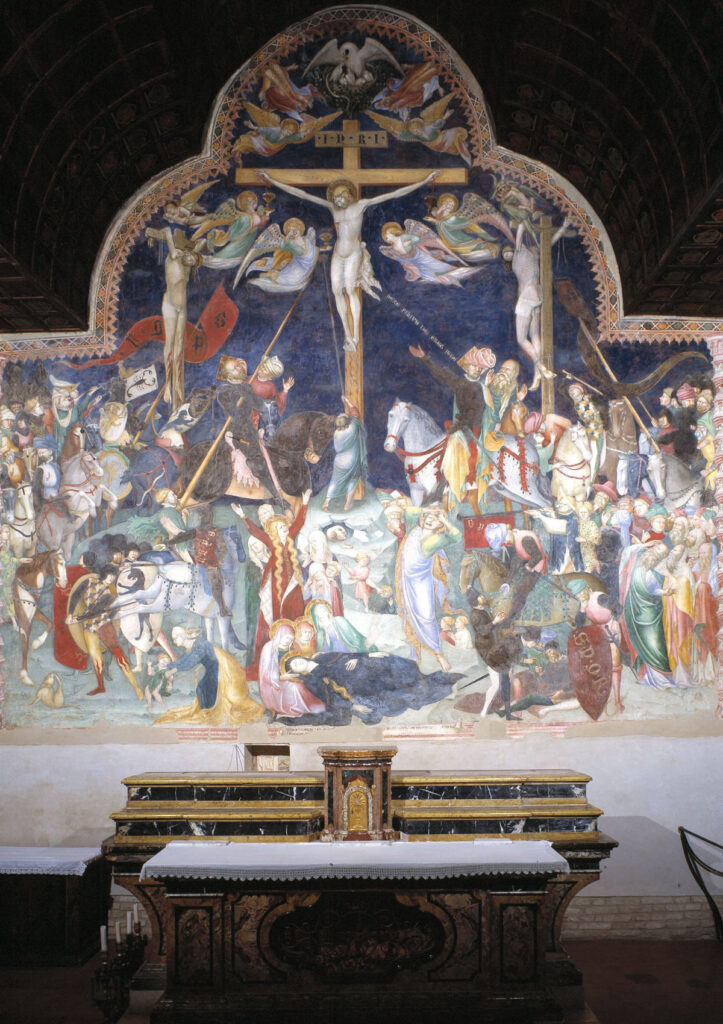 From the two-dimensional frescoes, we move on to 3D by stopping at the Oratory of San Giuseppe, where the sculptural complex depicting the Nativity of Christ is preserved, created by Federico Brandani, an internationally renowned artist for his beautiful stuccoes. The work, made between 1545 and 1550, in tuff and pumice stone has a particular location, is kept inside a chapel entirely covered with tuff to recreate the environment of a cave as much as possible.

Inside the oratory there are also valuable decorations and works of art from the first half of the eighteenth century, thanks to the commissions and donations of various members of the Albani family. A stop not to be missed to understand the artistic richness of the city of Urbino!

From the central square, one of the main uphill streets of Urbino leads us to Raffaello’s birthplace. The residence, built in the 15th century, was purchased in 1460 by Raphael’s father, Giovanni Santi (1435 – 1494), humanist, poet and painter at the court of Federico da Montefeltro, who organized his own workshop where Raphael (1483-1520) learned first notions of painting.

Purchased in 1635 by the Urbino architect Muzio Oddi, it passed to the Raffaello Academy in 1873. The house retains some furnishings and works by Giovanni Santi … A must to understand the roots of one of the greatest painters in the history of art! 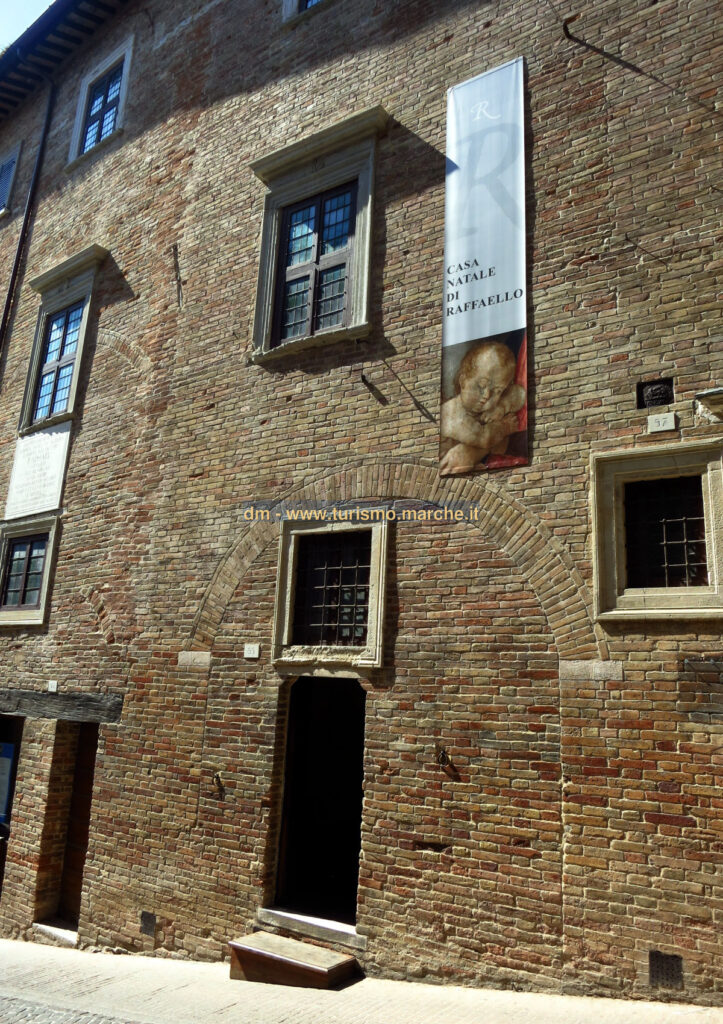 Once you leave Casa Raffaello continuing along the same uphill road, you arrive at the monument dedicated to Raffaello Sanzio, painter and architect, who was born in Urbino in 1483 and died in Rome in 1520. This “sacred art monster” lived the his youth in Urbino, in an atmosphere full of excitement thanks to the Montefeltro court.

This cultural climate influenced the works of the Urbino artist characterized by the cult of form and an unmistakable spirituality, becoming the spokesperson for a unified Italian artistic language, above the regional divisions of the various schools. How not to take a selfie with this statue? 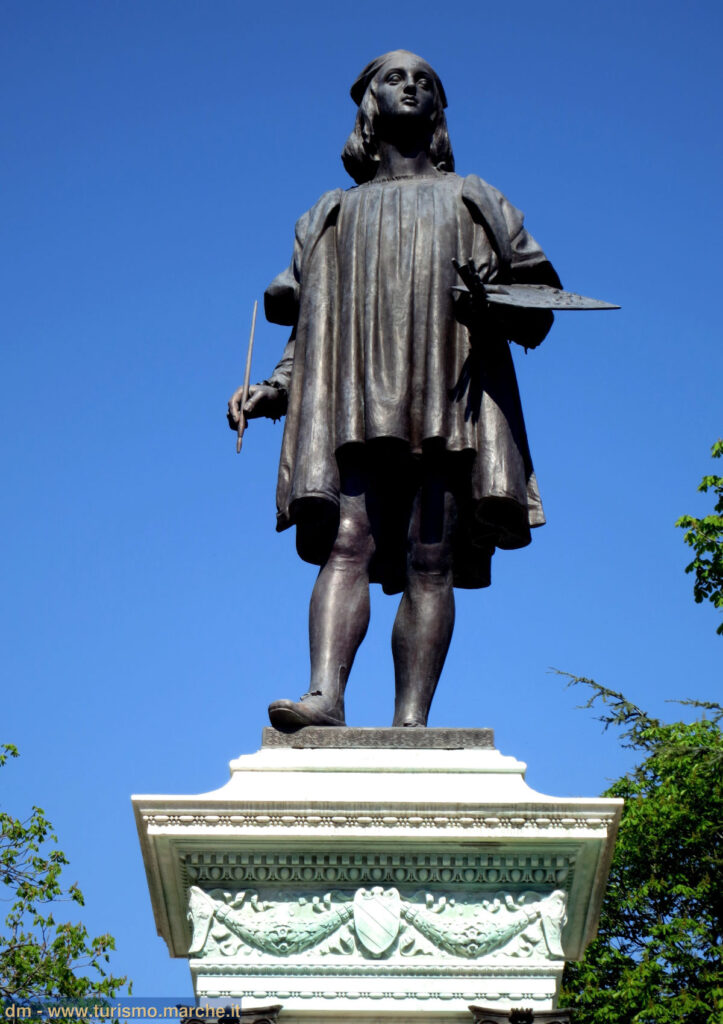 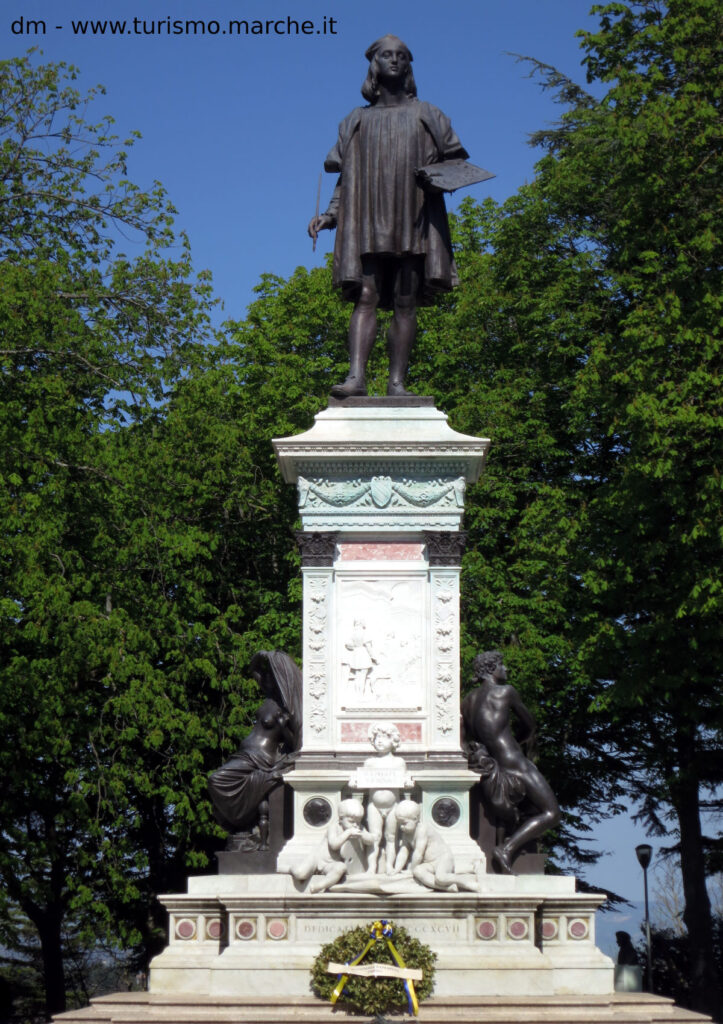 We have already reached the top of the steepest climb in Urbino and now an unprecedented view and a little relaxation await us. From the statue of Raphael you can quickly reach the Albornoz Fortress, an imposing building built in the second half of the fourteenth century by the will of Cardinal Egidio Alvares de Albornoz.

This is the most panoramic point of the city, here the students lie on the lawn and spend the hours relaxing or study in the open air, constantly inspired by the view of the shapes of the Renaissance city between sinuous hills, the dome of the Cathedral and the towers of Palazzo Ducal. how about you lie down with us for a little relaxation in the open air? 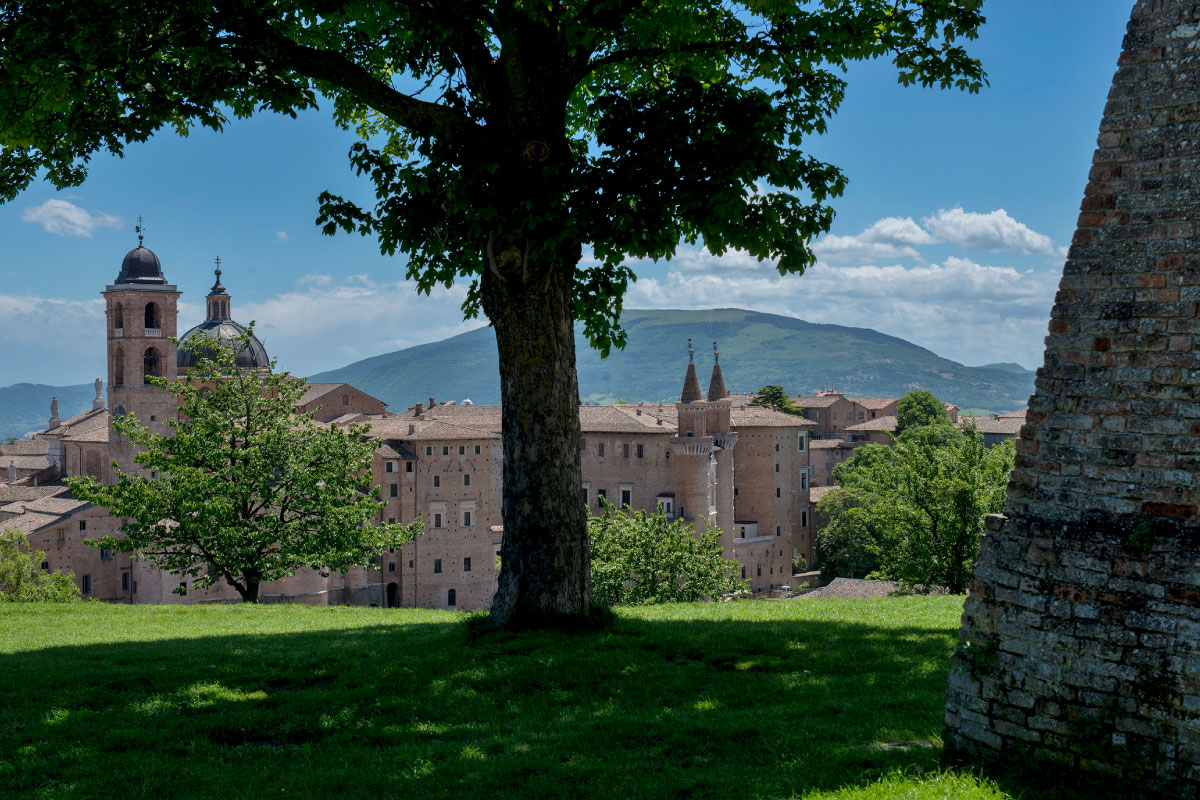 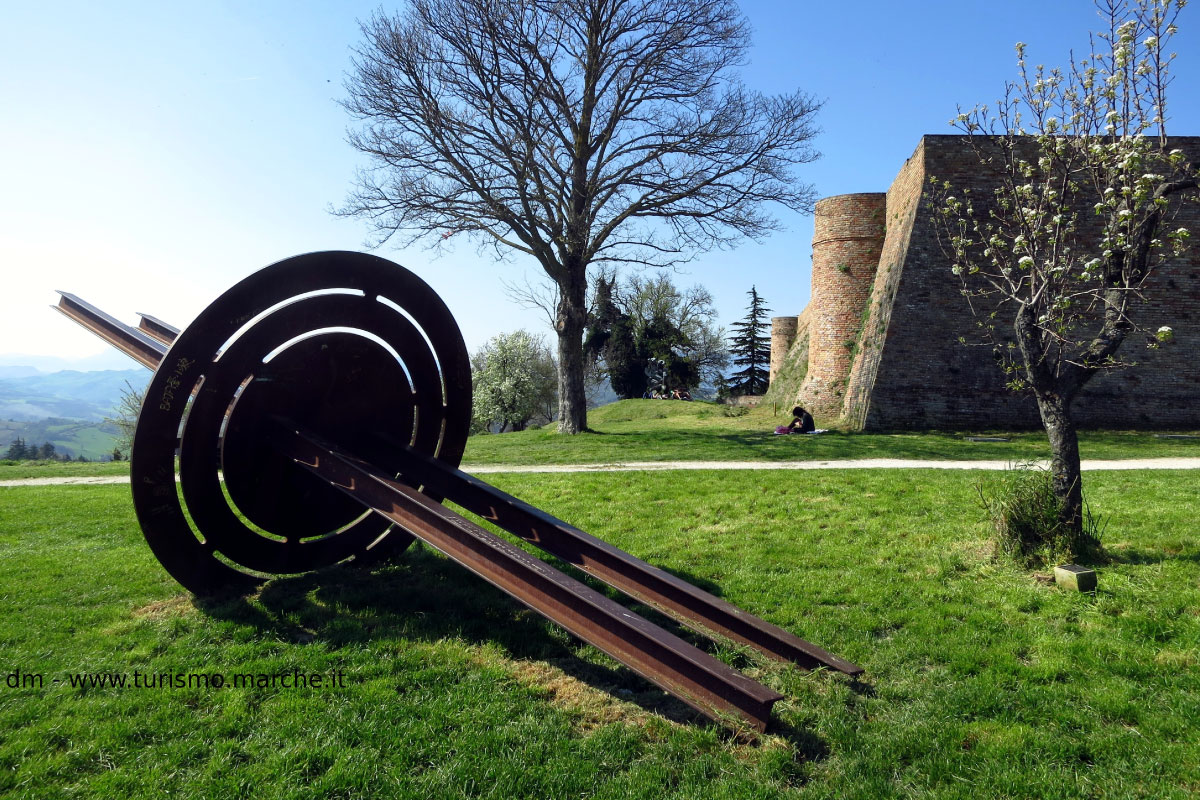 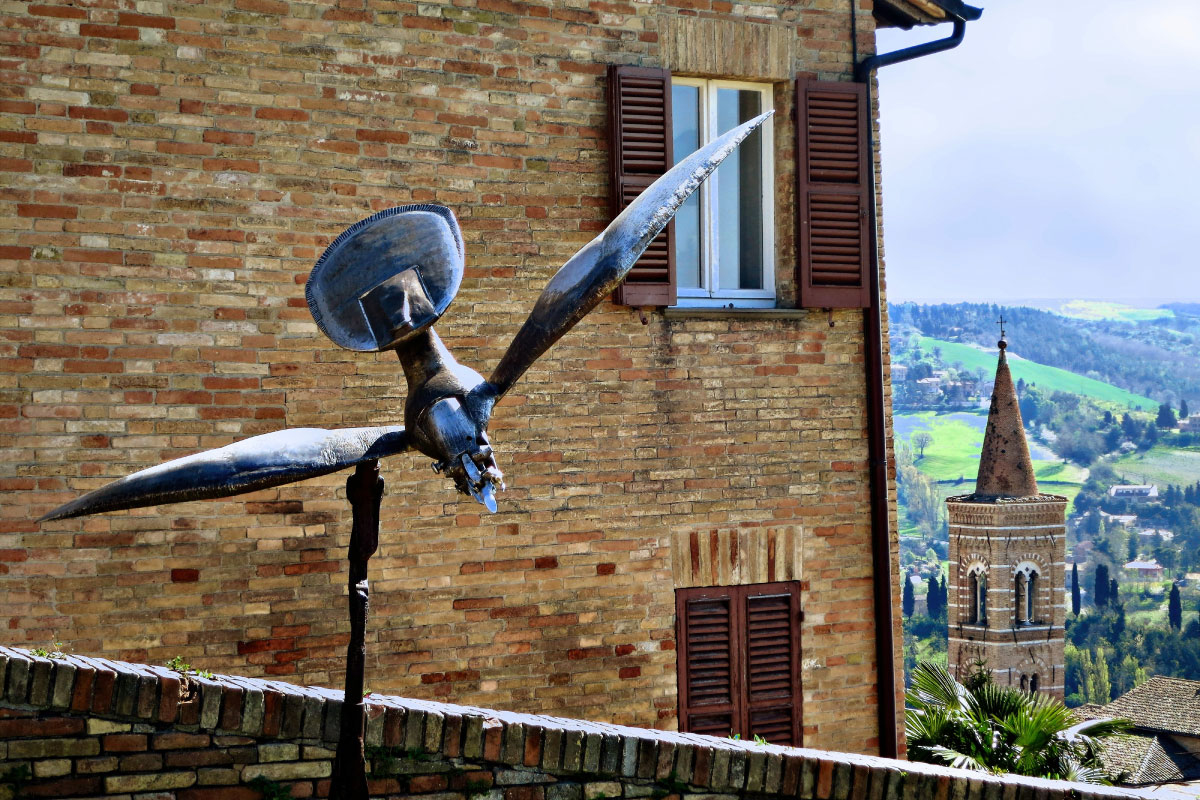 Our cultural tour comes to an end and it’s time to experience the city from another point of view, the dynamic and young one. Urbino boasts one of the oldest universities in the world, founded in 1506 and today it is populated by young people who study literature, art but also law, economics and psychology.

The sparkling atmosphere is felt in the city with the arrival of sunset when the many bars in the historic center come alive and welcome students for an aperitif. How about ending our trip with a good glass of Marche wine sipped while contemplating the beauty in the ideal city? 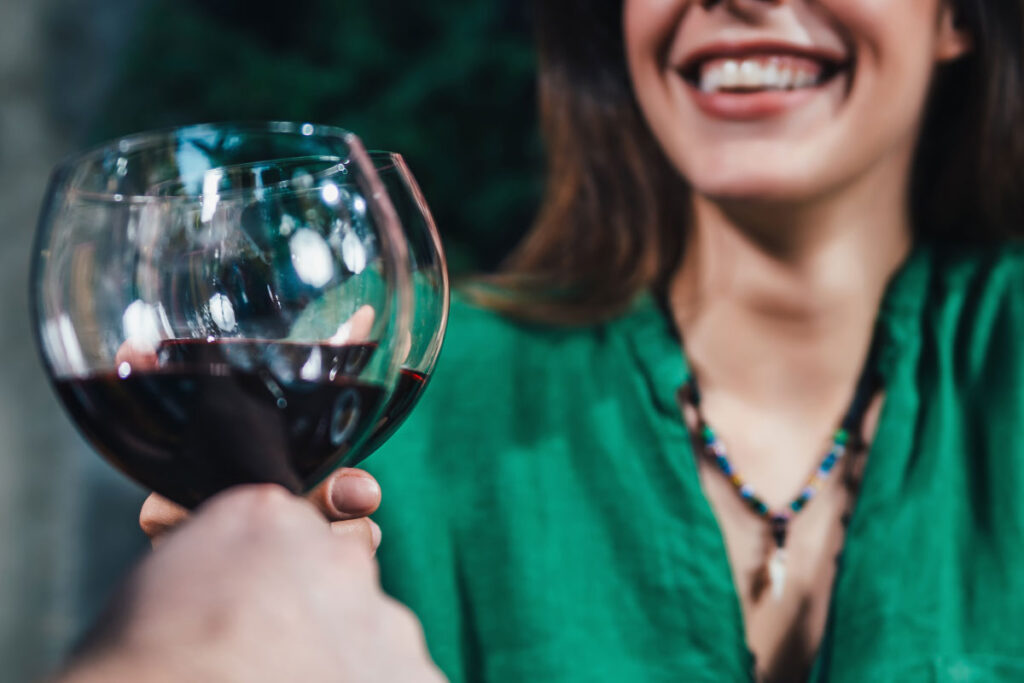 WHAT TO SEE NEARBY 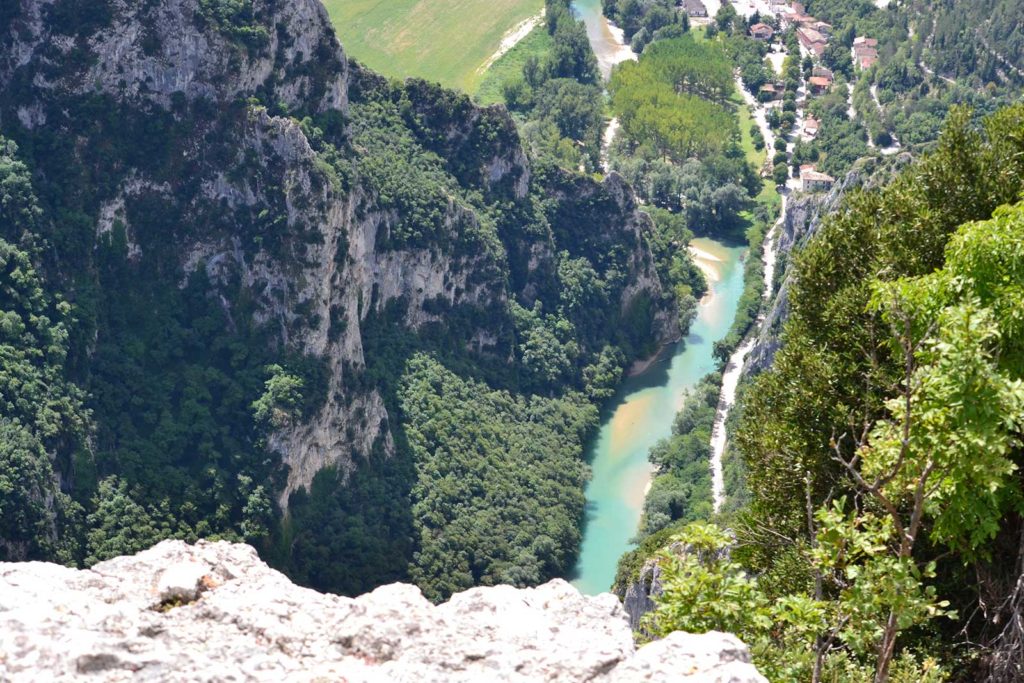 For those who love nature and unspoiled spaces. A reserve that allows you to do many activities such as hiking and climbing, but also simple picnics with the family thanks to the many equipped areas.

A wonder of nature in the centre of Marche. A complex series of subterranean karstic cavities. Their main characteristics are the famous stalactites and stalagmites. A necessary destination for the people who visits Marche territory! 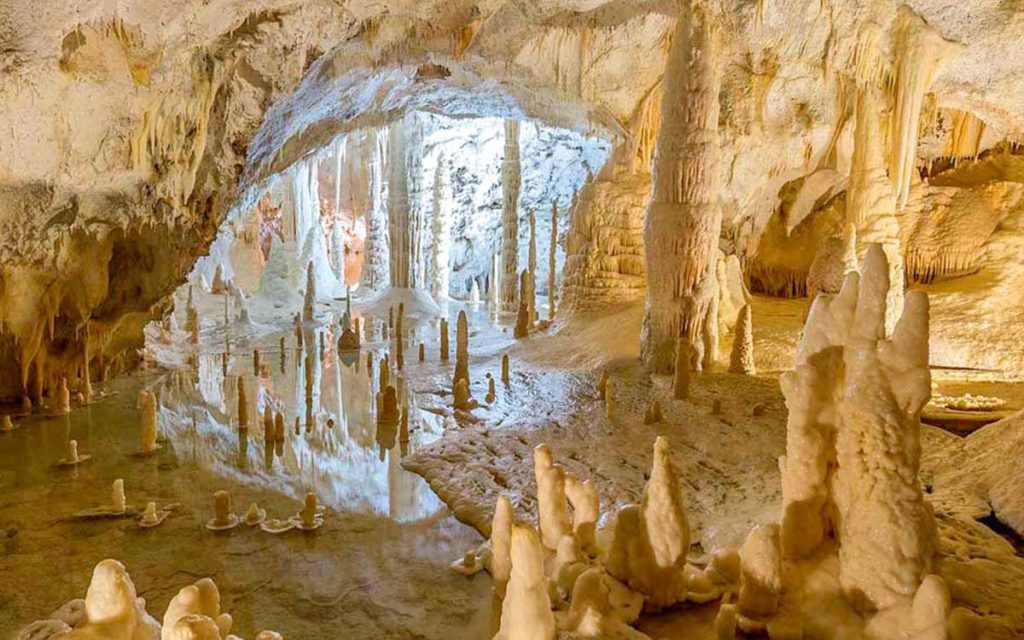 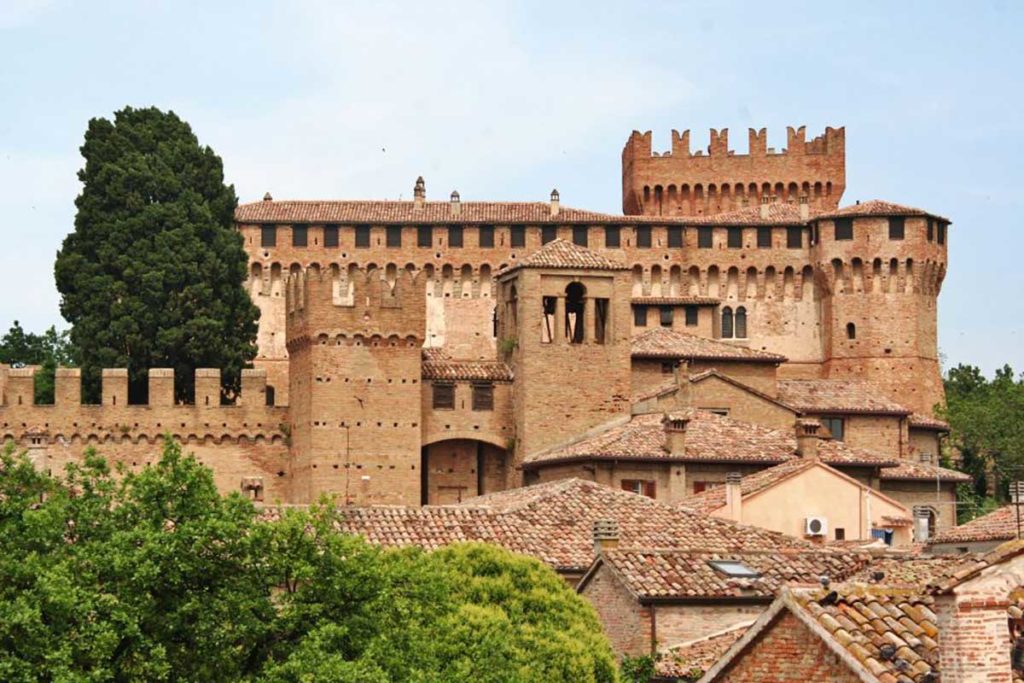 Pesaro-Urbino province is scattered of little and suggestive villages of medieval origins and ancient strongholds which awaits to be visited every day thanks to their alleys and landscapes. The most famous are: Gradara, Mondaino, Mondavio and many more.

A crystal clear sea and Bandiera Blu rewarded beaches make these places the most appreciated of the entire region. Beaches and wild sites reachable only by the sea, a natural park where you can trek and hike daily, for adults and children too. 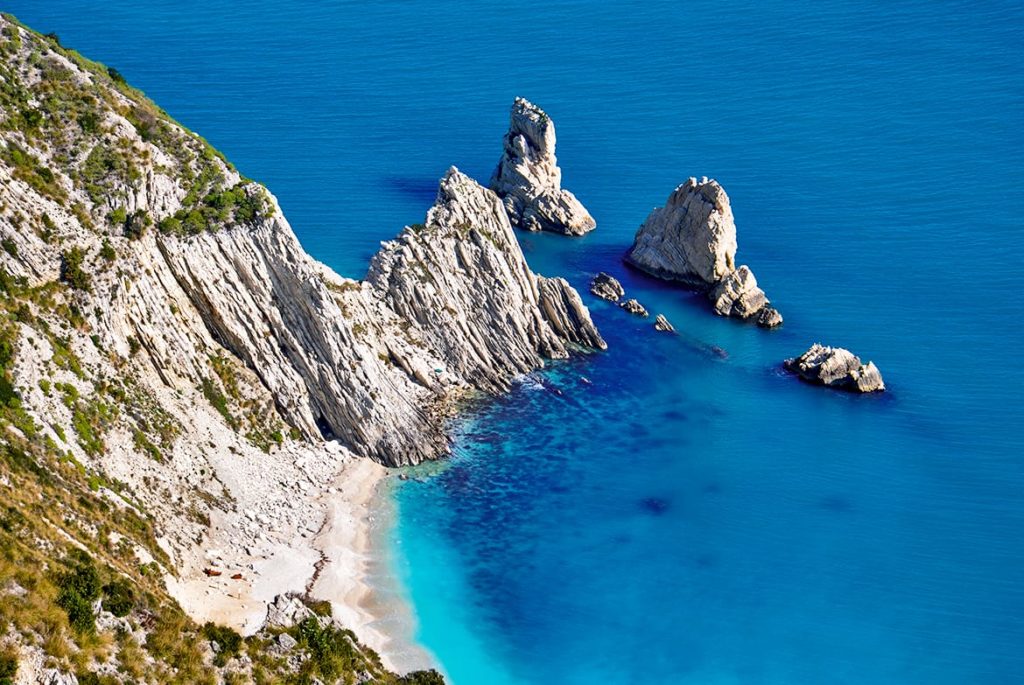 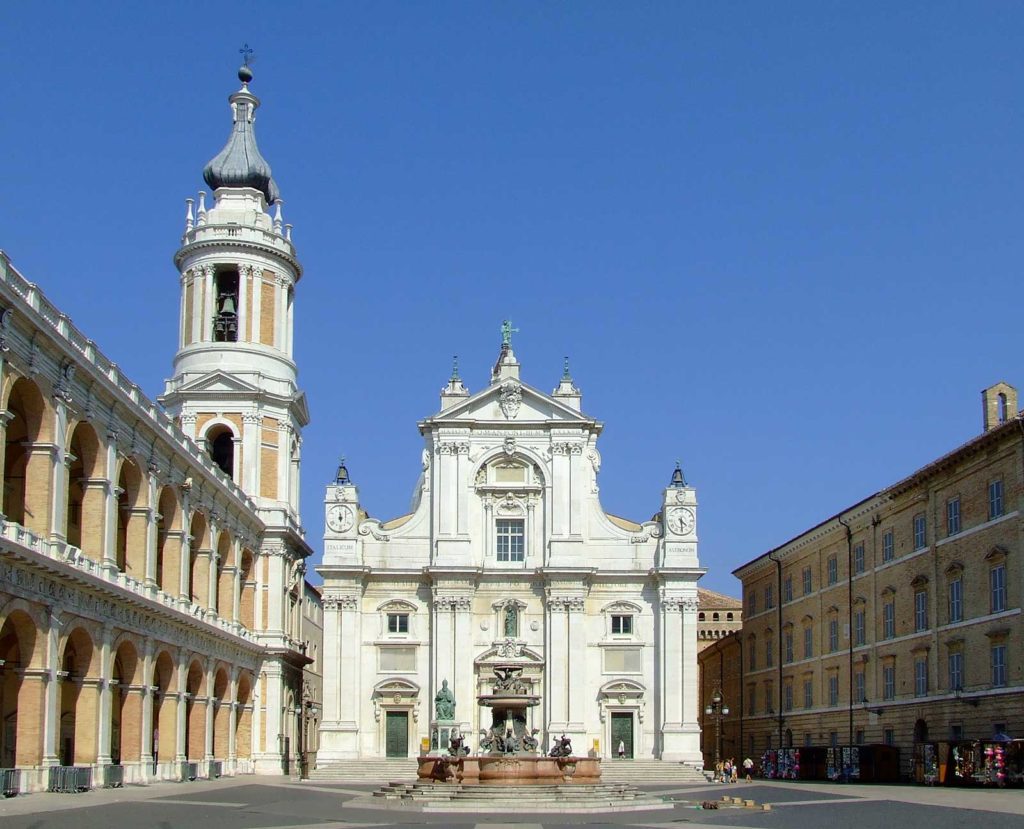 One of the most important and ancient places of pilgrimage of the Catholic world. City to visit also for non-religious people, located in a little upland where stands out the majestic and famous Basilica. Here you can see an amazing landscape , from Mare Adriatico to Monte Conero and Appennino umbro-marchigiano, too.

For the lovers of Romagna night life, 30 mins away by car from the Casale you can find it in Riccione, Rimini, Cesenatico. You will go to trendy and fashionable locals. 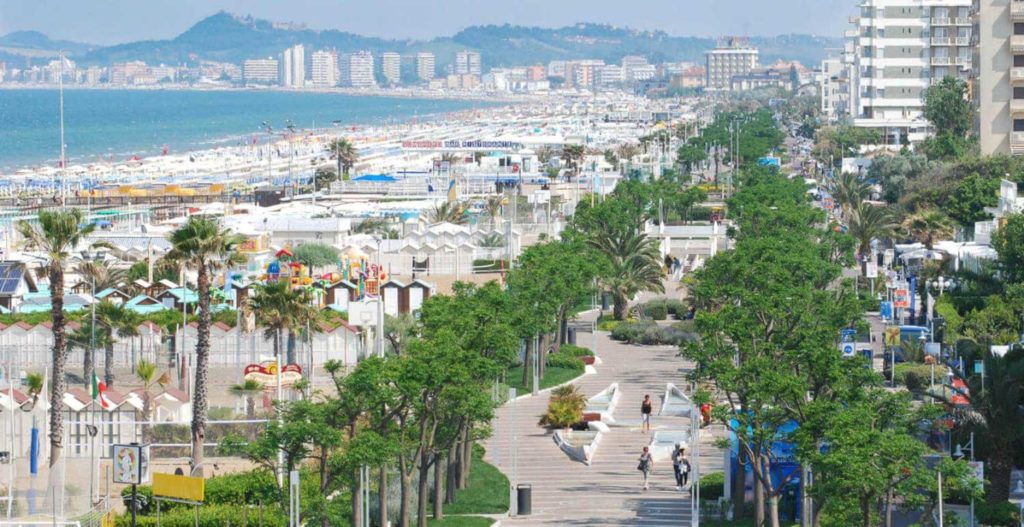 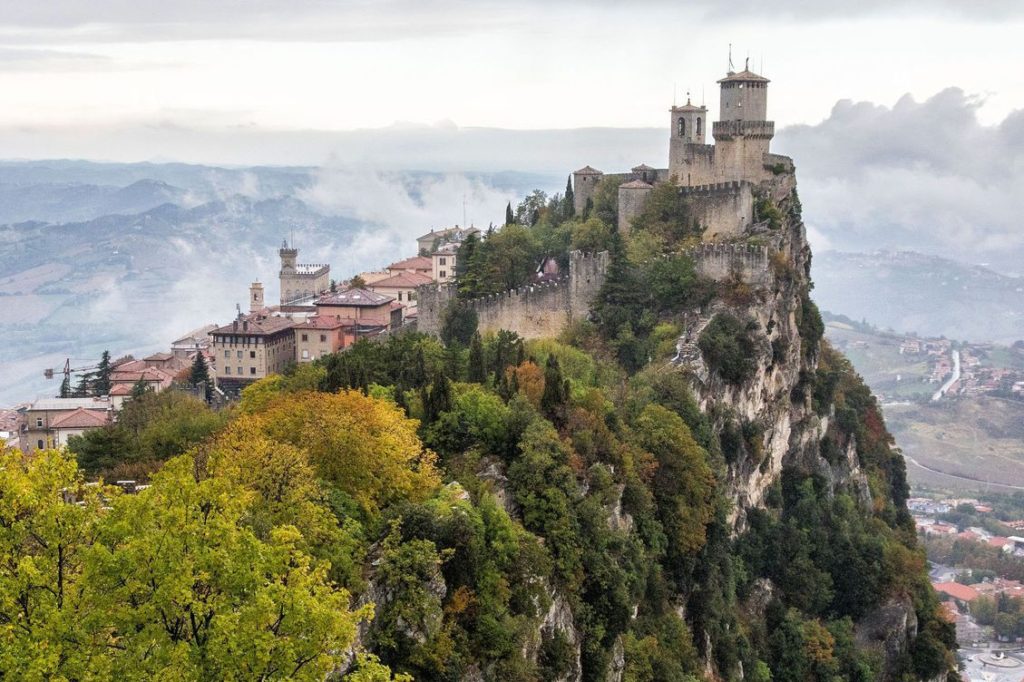 The first one is an actual state, where you can visit the ancient village inside the walls and the modern city which developed around them.

San Leo, not less important and suggestive, is on the contrary a little and delightful village located on a rock of Valmarecchia, in the province of Rimini.